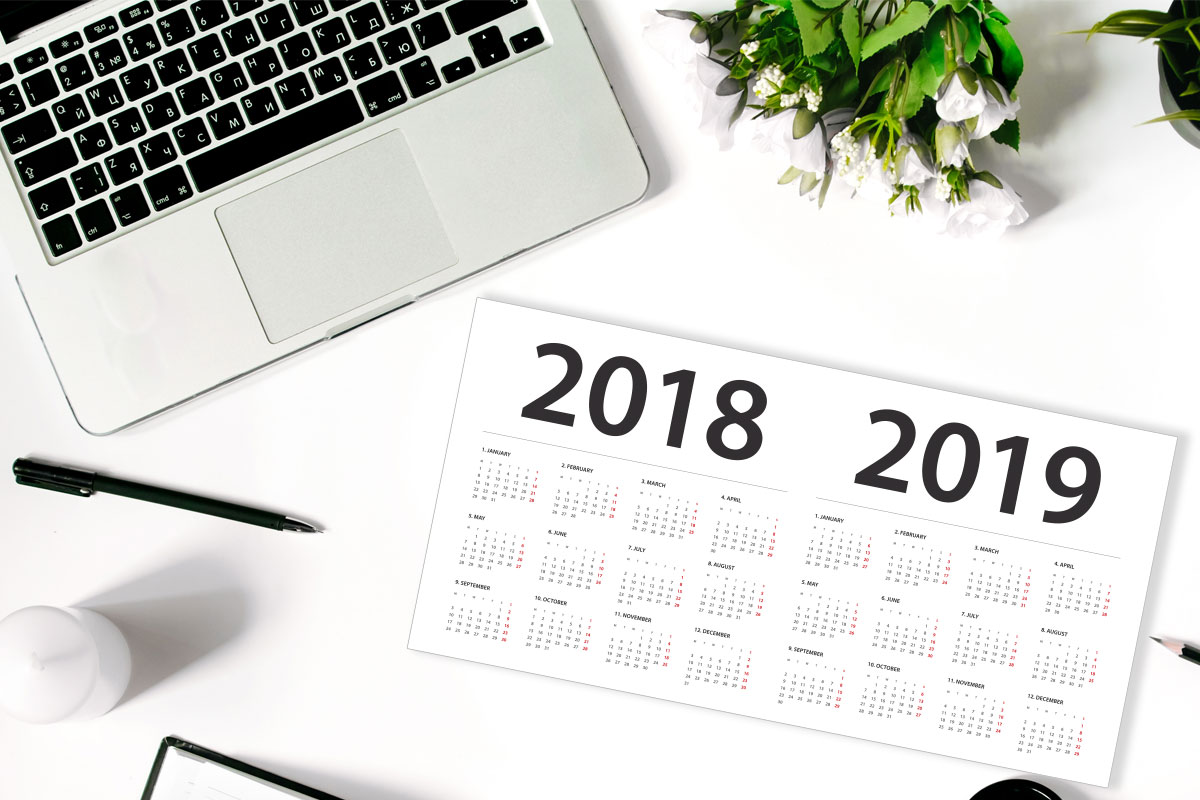 Ah, 2018, what a year it’s been. 365 days really does fly by, especially when you’re living in a social media world, which seems to move at a break neck speed!

There have been a lot of important changes to the Facebook and Instagram landscape this year, so we’ve done a little reflecting and rounded up some of the key ones that we think you and your business should be across.

We’ve also done a little looking into the crystal ball to forecast what we believe are some of the key social media marketing trends you need to be across for 2019. 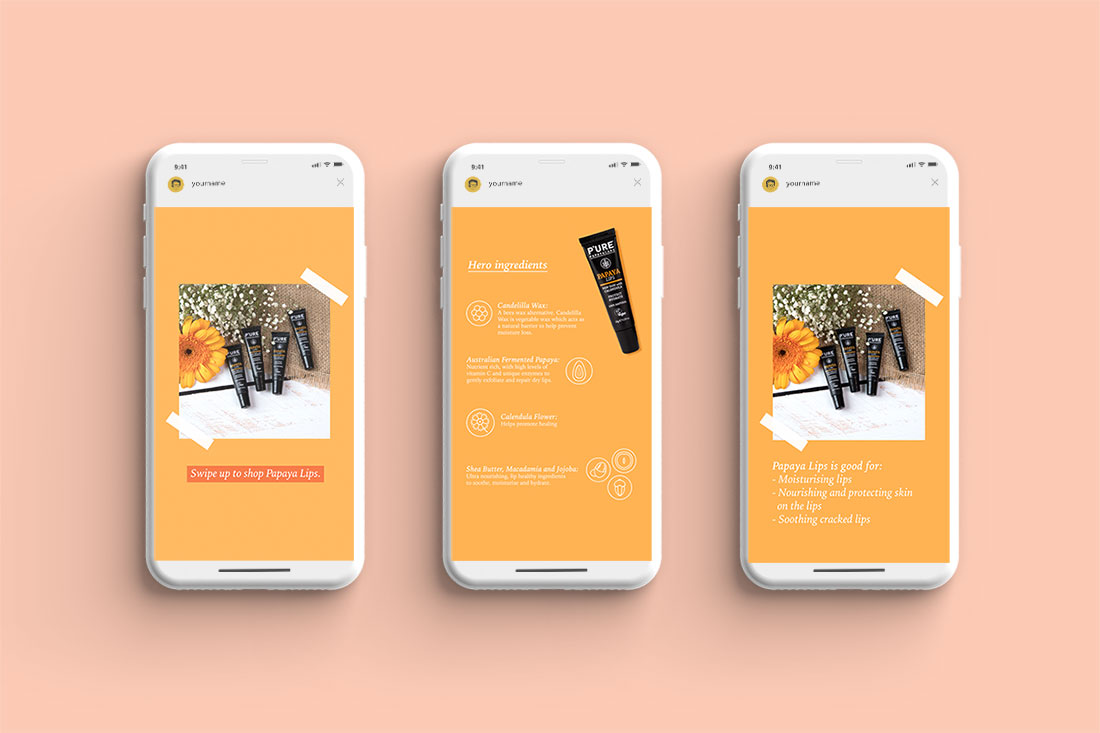 This year was no doubt the year of the Instagram Story. With the decline in organic reach and impressions in the ‘normal’ Insta feed, and the consumer’s preference for absorbing content via Stories instead, it’s been THE place for brands to shine.

New features such as Highlights that could be saved to your profile, being able to add more engagement-encouraging ‘stickers’ to your Stories (such as thermometers, polls and ‘ask me anything’s) and then the ability to use Instagram Stories as an ad placement through Ads Manager has meant that this placement has become a crucial part of a brand’s social strategy.

Video was forecast to be the most important content format in 2018 and this really rang true. Facebook’s algorithm gave it preference, and when using Video Views as a campaign objective in Ads Manager, you were also able to piggyback a lot of reach from it.

Optimising video for social media platforms has also become more widely accepted, with brands beginning to understand the importance of creating content specifically in social media-friendly ratios, and including text overlays or captioning – since over 90% of social media video content is viewed with sound turned off.

Facebook also gave marketers the ability to re-market to audiences who had previously watched video content – even as specific as the quantity of a video a consumer had watched (10 seconds, 25%, 75% etc).

IGTV – Instagram’s answer to long play video and to rival YouTube – launched, with brands then able to consider how they would be able to stream video content in vertical format to their audiences. 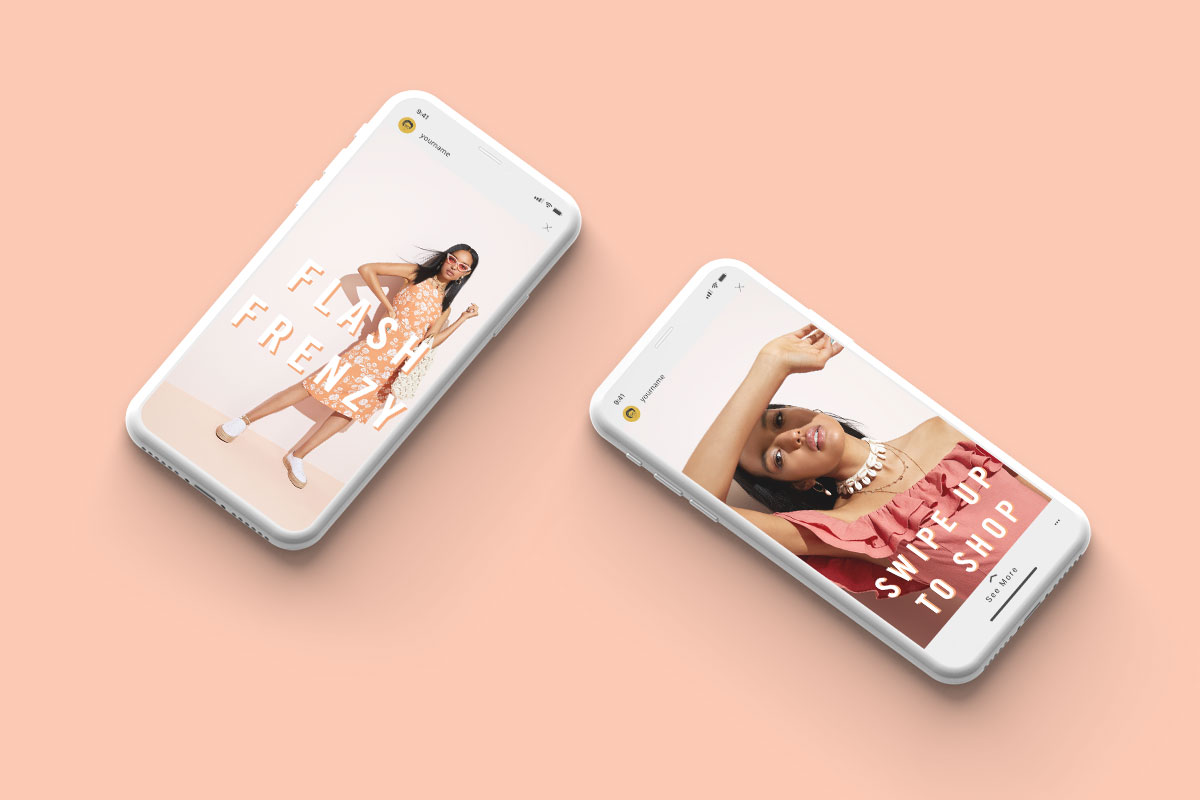 Given Instagram being the natural home of ‘discovery’ for consumers, marketers were all super excited with the launch of ‘Shoppable Instagram’. It meant that the Facebook Product Catalogue could now be linked to a brand’s Instagram account too, meaning that audiences would be able to simply tap a product on a feed and be taken instantly to the product page on the website to shop.

Shoppable Instagram Stories is also a feature that rolled out towards the back end of the year, placing even more emphasis on brands utilising this all important placement.

In an increasingly competitive space, and with Instagram itself changing its algorithm to favour a more monetized position (like its sister Facebook), it’s been harder than ever to grow an authentic following.

Team that with consumers’ changing habits and hesitation to follow too many brands – it’s meant that now more than ever, it’s important for brands to be posting meaningful content on this platform that gives audiences a reason to follow. Definitely something for all marketers to consider as we move into the next calendar year.

By no means was the Facebook Pixel new this year, it became a lot more widely used by businesses both big and small. As Facebook Business Manager’s tools also became more sophisticated, having a Facebook Pixel installed on your site has become mandatory, not a ‘nice to have’. 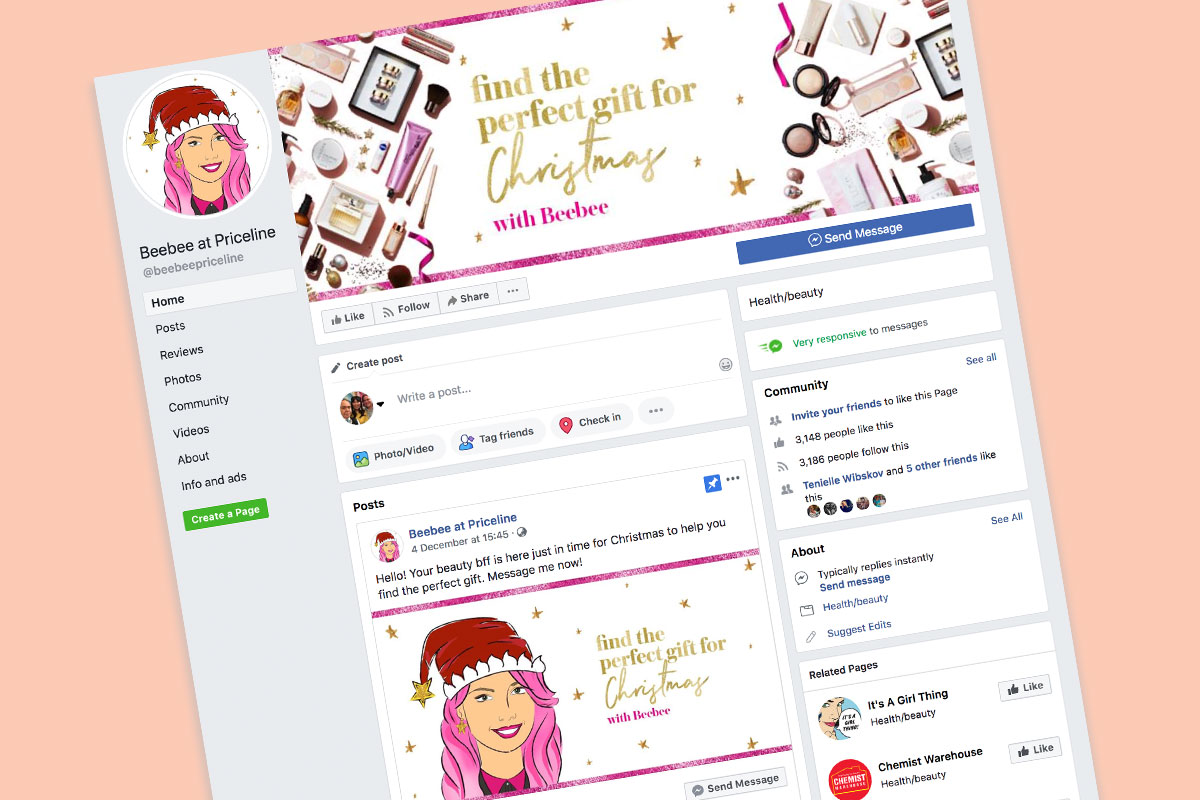 Facebook has made no secret of its plans, and one of the most important of them has been the Facebook Messenger app. A deliberate choice to move it out into its own app, Messenger has become the new alternative to text messaging – and why wouldn’t you, when it’s free compared to your telecommunications provider.

With the acquisition of WhatsApp also, peer-to-peer messenger apps are Facebooks’ newest playground. Brands have been able to come to the party, not only by engaging in one-on-one conversation with customers via Messenger, but by also being able to create Messenger Bots, automated conversations (though they have varied in complexity).

Some good examples locally have included Priceline Pharmacy’s virtual makeup artist Beebee – who helps customers with everything from how to apply make-up to choosing Christmas gifts. One of the key reasons for brands playing in this space has not only been the ability to automate some previously monotonous tasks (such as customer service) but also to be able to later re-market and re-engage those customers in new conversations. 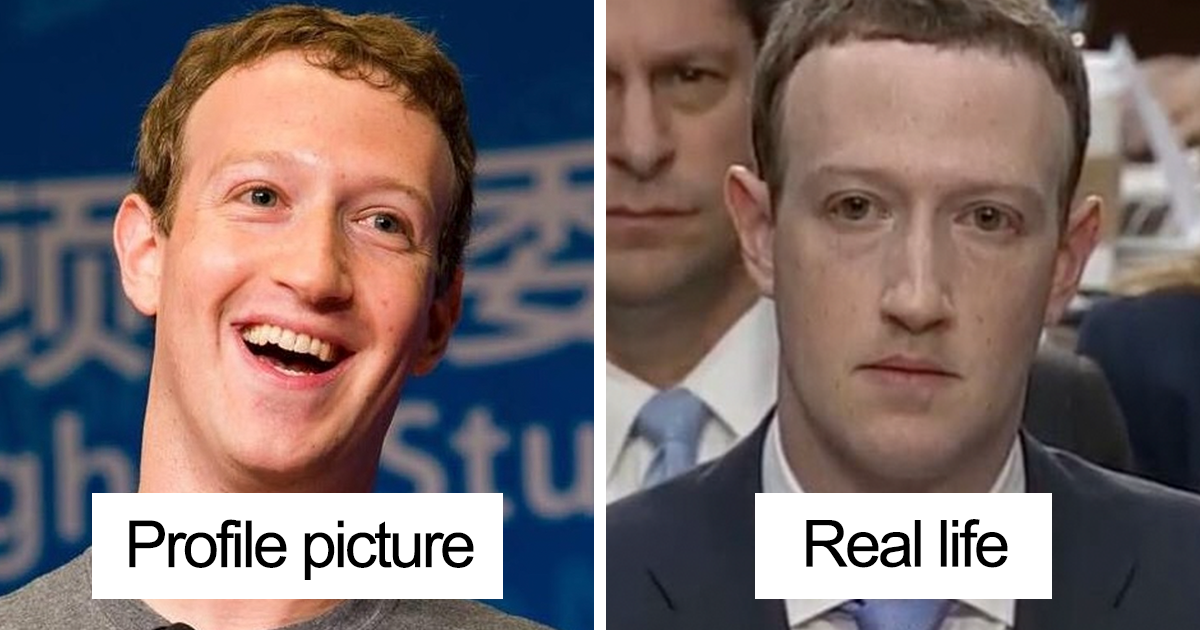 One of the more mild memes – source: BoredPanda

You would have to have been in a hole to not notice the enormous amount of cash Facebook threw at marketing this year – in particular, after the massive privacy/data misuse breach that has spearheaded a million Zuckerberg-in-court memes.

Changes to international legislation with privacy and cookies has meant that marketers (and Facebook themselves) have had to become a lot more transparent about what personal data they’re accessing from their customers, and what they’re doing with it.

The flow-on effect will really hit home next year, as marketers have to move towards a shift in trust – and really try to make meaningful connections with their audiences. 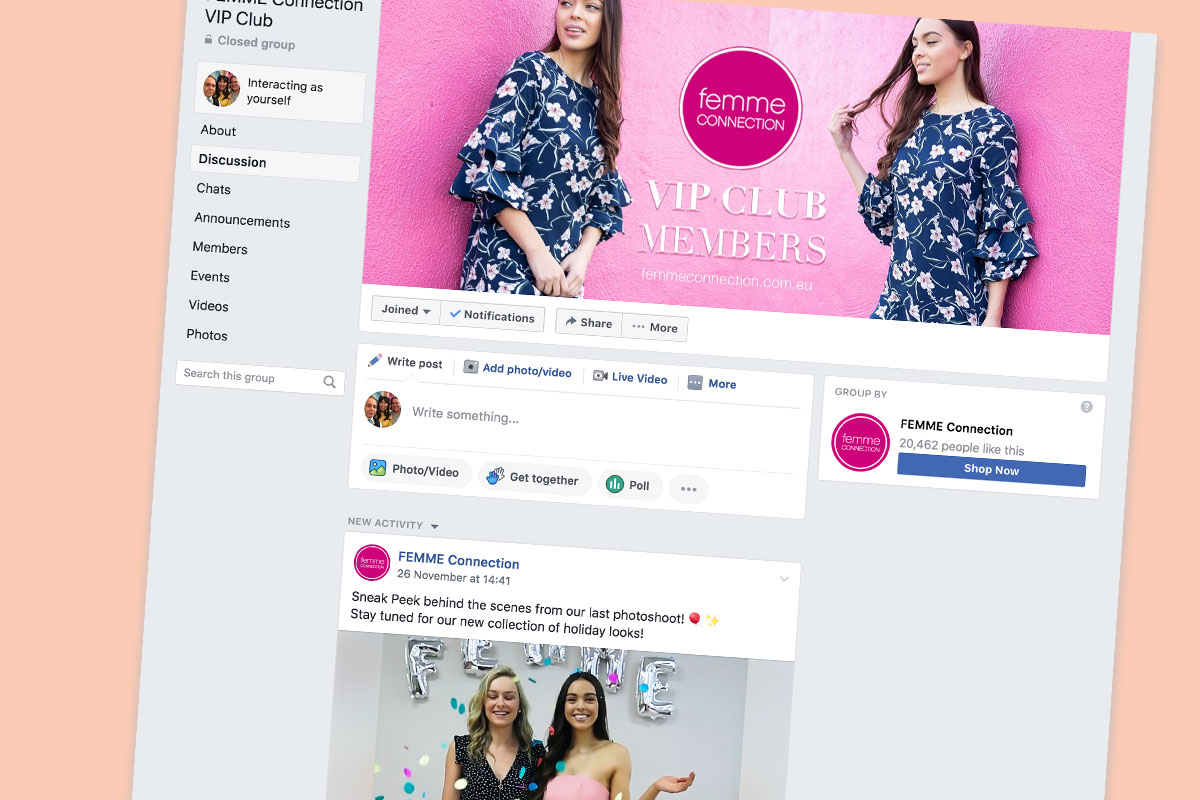 The other important area for Facebook this year was Communities and Groups.

Though not a new feature, Facebook placed heavy emphasis on them – favouring Groups in user notifications, for example, plus they recently added the Pixel feature to groups with over 250 members.

This is an area that more and more brands will begin to explore – with some early adopters already having ‘VIP Customer’ groups – the ideal place to gain user data, conduct market research, and also create authentic engagement with their audience

So with the year nearly at a close, where does it leave us now? As we move into 2019, there are a few areas that are already high on our list of priorities as marketers and businesses.

Rise of the Messenger Bot

As mentioned previously, this will only become more and more advanced – yup, Skynet has gone live! For smaller businesses unsure of how to tap into this, Facebook already offers some basic automatic response options, and there are websites such as ManyChat and ChatFuel that make creating Messenger Bots a lot more realistic (and not as technical) than you may think!

You may like to think about the most frequently asked questions you receive from customers – it may be as simple as your trading hours or your phone number. OR, perhaps you’d like to offer a fun ‘personal shopping assistant’ option to Messenger to help with gift giving, personal styling, or more. 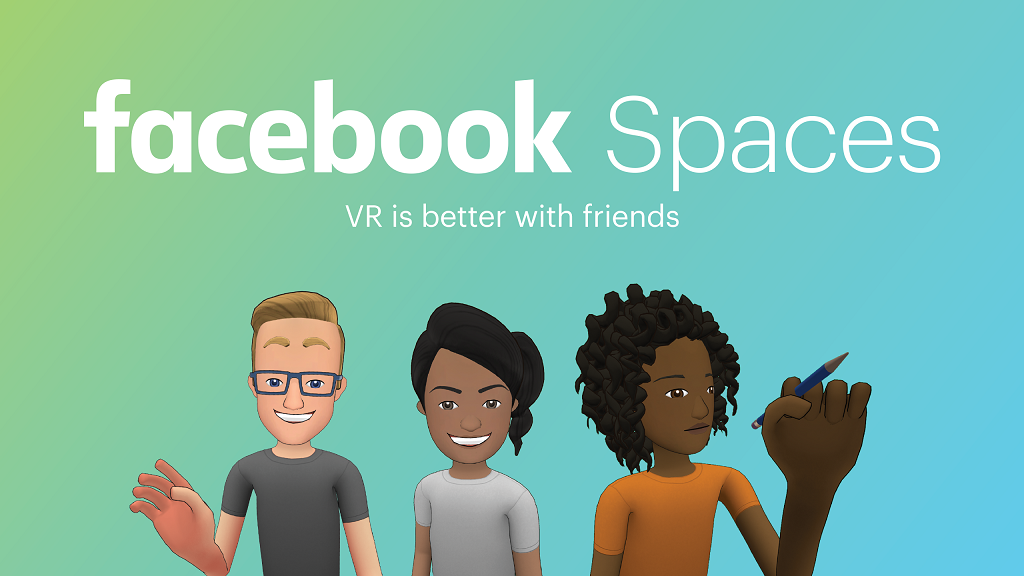 Video will continue to be where it’s at, but the formats are becoming increasingly more sophisticated. Don’t worry, we’re not going to be donning haptic suits every day at work just yet, but we will start to dabble more and more in Virtual and Augmented Realities (they will both become more ‘main stream’ and less ‘novelty’) and also 3D.

Facebook’s newest endeavour into the world of VR, is their new app – Facebook Spaces, with the tagline, “VR is better with friends.”

Facebook Live and Instagram Live Stories have already become widely used communication tools and they will gain in prevalence next year. It will become more important for brands to allow themselves to be exposed to the risks associated with ‘live’ but also a great opportunity for storytelling when executed well.

Authentic and the Real

Thanks to a number of factors, including the privacy issues this year, Facebook’s algorithm is shifting away from click and engagement bait content and more towards genuine storytelling and human connection.

You may have noticed fast movers such as Buzzfeed Tasty – who are most well known for their ‘birds eye’ cooking how-to videos – have started to incorporate faces in their videos, who might talk to the camera about where a recipe came from, or why it means a lot to them personally. This kind of change is subtle, but poignant, as it’s often the social media heavyweights like this, who are first to market with key changes or trends.

Weaving in genuine stories and storytelling is definitely something that all marketers should be considering when they’re piecing together their marketing strategies. 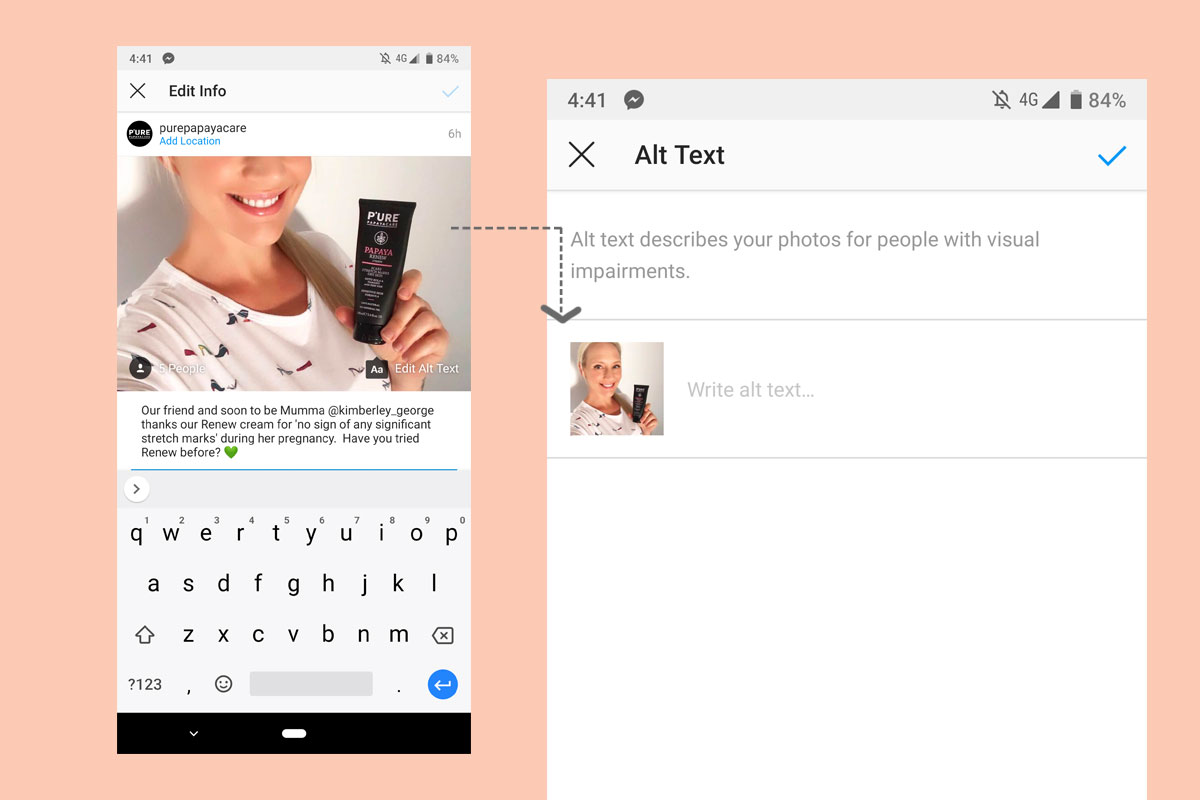 Generally associated with SEO, Instagram has recently launched Alt Tags for their posts. This is extremely new, but a sign of what’s to come next year. Aimed at assisting the visually impaired, marketers are now able to add a sentence that describes what the photo or video contains, for those who require it.

This is just the beginning of what may be a bigger shift towards making social media more inclusive all round.

If you’re not already on board the Instagram Stories bus, then you better run and catch up, because it’s nearly left the station!

Whilst we are currently still #blessed with an optimistic Instagram Stories algorithm, it’s definitely the place to gather the most eyeballs on your content, and also an effective and inexpensive Ad placement.

Next year brands will need to consider more closely what kind of content they’re sharing on Stories, how it fits in strategically with their wider marketing plans, and what they’re using their Highlights for.

And finally, as social media marketing becomes more and more saturated by brands and businesses, it’s more important than ever, for marketers to really pull their socks up, and ensure they’re doing a bang on job.

As the space becomes more competitive, Facebook advertising prices will continue to increase, so it’s vital that we as social media marketers, really understand the landscape, the constant changes and how we can best utilise the platforms we’ve been given, to drive real results. You can forget having a pretty Instagram grid or 30 hashtags as your sole social media strategy, it’s never been more important to work with people who truly understand the in’s and out’s of social media advertising.

What a year it’s been and what a year we look forward to! If stepping up your social media game is part of your plan for 2019, make sure you get in touch with Milkbar Digital, your boutique social media agency for food, fashion and lifestyle brands. We’re always here to help!