More so now than ever, the video format is becoming the most highly encouraged way to share content online. This is largely due to its ability to rapidly engage an audience and hold that engagement through narrative storytelling. By the end of this article, you’ll know some highly effective techniques in grabbing an audience’s attention and keeping it throughout the entire duration of your video.

If you stick around until the end of the video, you’ll learn a recipe, find your new favourite restaurant, learn the top 5 best snail care tips, etc.

Clickbait is a web cliche by now, however, the principle of opening with a “pitch” to the audience remains steadfast. Within the first couple of seconds of the video, the viewer should understand exactly what they’re watching and why it’s worth their time. This means that you should put your best, most aspirational shot at the very start of the video. For recipe videos, this will be the finished meal, styled to look its very best. If that first shot is attention-grabbing enough, they might just stick around to find out more.

A bizarre development of this technique is the use of shocking first frames to get the audience to invest themselves in the video out of pure curiosity. This isn’t as much of a recommendation as an aside, however, it does prove the effectiveness of the “pitch” technique.

A recent video ad by the e-commerce site Wish (right) opens with a shot of one of their cable organisers with a strand of spaghetti in each cable slot. A hand reaches into frame, pouring a pot of pasta sauce onto the spaghetti-threaded cable holder. The video then cuts to a screen recording of the Wish app.

This ad works because the pitch at the start of the video is so unexpected, you feel that you have to watch through to find out… why?

A super is any text or graphic that appears throughout a video. Supers can assist in explaining the video concept, and provide a relevant call to action at the end of the video.

What makes a good hot sauce?

What’s on the menu?

… are examples of copy that could be used for supers.

Supers should ideally be short explainers or prompts that don’t distract from the main action of the video. They should speed up storytelling, rather than slow it down, forcing viewers to pause the video to read them. If implemented effectively, they can be an indispensable tool.

Even if the narrative of your video is as basic as following the steps of a recipe, it is still a narrative that brings cohesion and guides the audience’s attention from one moment to the next. Instead of spotlighting individual elements of a cafe, why not do a walkthrough of a new customer entering the store, marvelling at the decor, ordering and receiving their food, finishing with a shot of the happy customers eating? The weaving of products and services into a story can be an effective way to follow up on your “pitch”, and sustain engagement until the end of the video.

Throughout the video, it’s important to keep an engaging pace. The aim of pacing is to move fast enough to avoid losing your audience’s attention, whilst also not overwhelming them with content at such a rate that it goes undigested.

It can be useful to guide the video with several establishing shots of each significant aspect that you are aiming to promote. For hospitality, this could include the dining experience, a barista making coffee, the preparation of deserts etc. Each of these sections would have a key shot that establishes the idea.

Following each establishing shot, we follow the audience’s curiosity, moving in closer for a few detail shots. This is a perfect opportunity to show why we’re spotlighting this aspect of the customer experience.

Repeating this formula several times throughout the duration of a video, natural pacing will emerge, consisting of establishing shots that are held for slightly longer, followed by detail shots that should be cut together slightly quicker. This ebb and flow of pace isare a lot more engaging compared to having an equal emphasis on all shots in the video, as this lack of structure can cause attention to wander.

Shooting for an edit structured through the use of establishing & detail shots way avoids having to capture generic B-roll en masse.

Upon scouting a location or preparing for a product shoot, it is useful to come up with several key points that you will highlight in the edit, and shoot for accordingly.

There is nothing worse than over-shooting B-roll, then having to sort through it all to find a single good shot. Simply shoot enough to be able to sufficiently highlight each key point.

Faces are an instantly engaging subject that should be included wherever possible for digital content. A reaction shot of somebody’s face whilst interacting with a product instantly paints a picture of its quality. Faces can be included in most hospitality and product videos by having a model or staff member interact with the product or service.

Another way to get more faces into videos is by having a staff member talk directly to the camera, verbally selling the product or service. The first sentence of dialogue should be, similarly to the first shot in a video, a pitch for the audience’s attention: “If you stick around you’ll learn 5 tips for keeping your pet fit and healthy.”

Bigger is better within the first few seconds. Big personalities with stories to tell are almost always engaging when showcased in the intro to a video.

It is also useful to record your talent speaking a call to action, as this can come across as warmer and more inviting than generic text on screen. 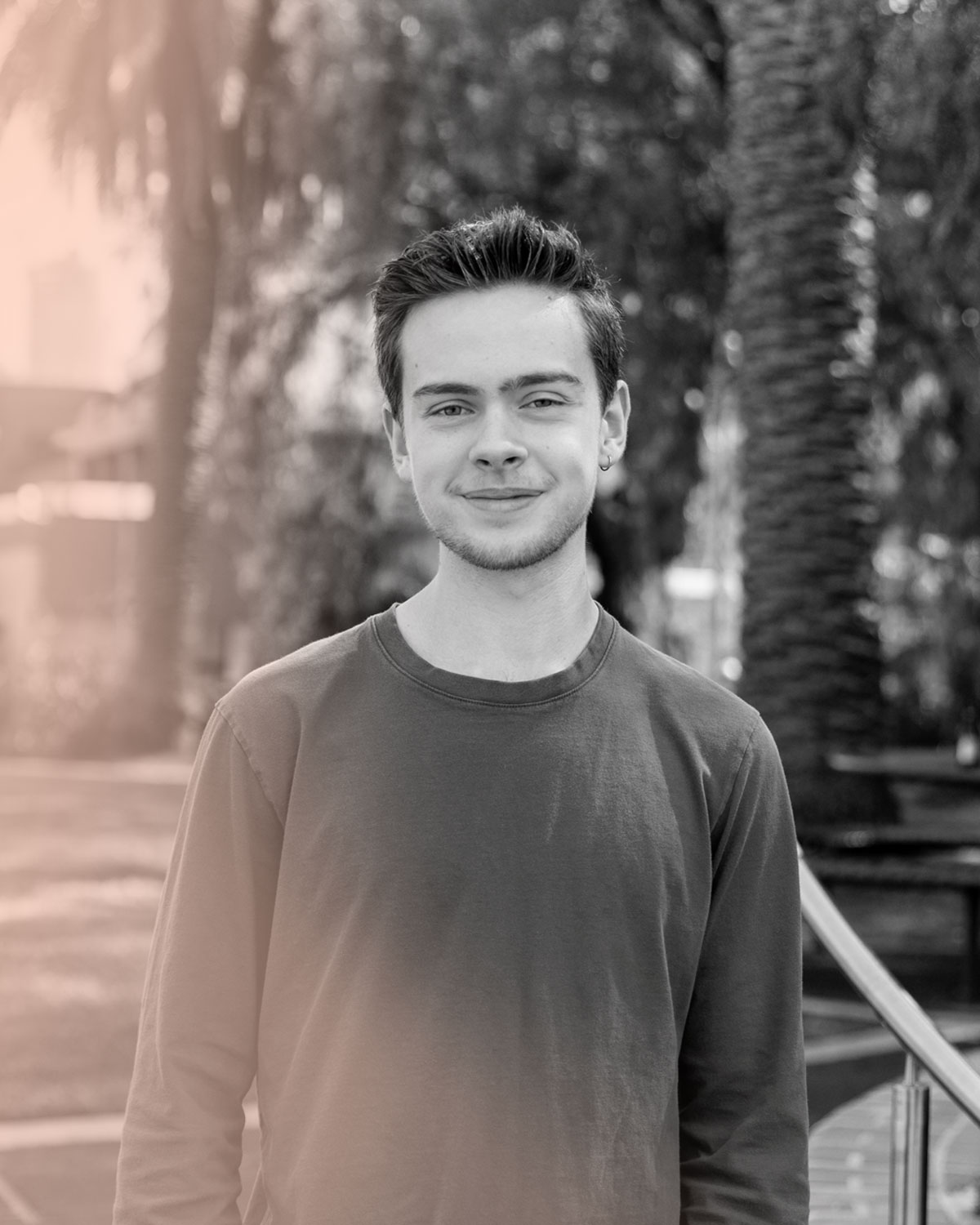 Alex is a Junior Videographer at Milkbar Digital. He has a background in creating digital video content for bands and music events, giving his video marketing content an upbeat vibrancy. When he’s not making films he’s probably watching them – or at the very least lecturing you about how good that one scene in The Shining is.

Looking to include video in your social media marketing? Milkbar Digital is a Melbourne social media and content production agency, specialising in small to medium businesses. Get in touch with us today!